Renowned artist Alex Ross always brings his A-Game to San Diego Comic-Con. This year you can find his exclusive items in his webshop starting Friday, July 23rd at 9:00 a.m. PT.

Let’s take a look at this year’s offers:

Designed by Alex Ross as the cover for Superman # 677, this dramatic illustration symbolizes everything we know about the heroic DC Comics character Superman. Each track in â€œSuperman: Saving the Planetâ€ is individually numbered. Reproduced as a matted lithograph in an edition of 100.

This dynamic illustration by Alex Ross celebrates the ultimate DC team, the Justice League of America. Rendered in his distinctive perspective and style, the greatest superheroes in the world are ready to fight against all threatening opponents. Fine art lithograph on deluxe paper, signed by Alex Ross and individually numbered with a certificate of authenticity. Limited to 395 pieces.

Created as the cover for Justice # 2, this illustration by Alex Ross highlights Edward Nygma, the Riddler, who is at the center of a bewildering mystery that haunts the Justice League. Fine art giclee on paper in an edition of 50 copies. 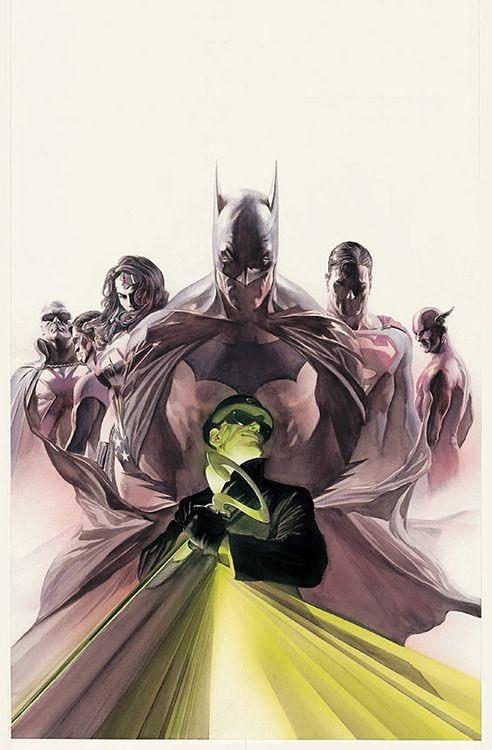 Fine Art Kingdom Join the waiting list or sign up to check status [emailÂ protected] Exclusive – available from July 23rd. at 12 p.m. ET This year marks the 25th anniversary of Kingdom Come – Eisner and Harvey’s award-winning series that helped make Alex Ross a household name. This dynamic Ross illustration depicts Superman and his allies in the New Oa war room setting the strategy for the upcoming battle. Their mission is clear: to rebalance the world and hold the young, ruthless new generation of superheroes accountable. Each individually numbered piece of â€œKingdom Comeâ€ is signed by Alex Ross. Produced as a giclee on canvas in an edition of 25 copies.