WORCESTER, CROWD. – In an auction of items from several states in New England on June 16, Central Mass Auctions showed estate jewelry, baseball cards and other sports cards, paintings, coins, sterling silver, a Matchbox car collection, Russian paint boxes, antiques and collectibles. The top seller was a Ty Cobb T206 Sweet Caporal Baseball Tobacco Card. “The card sold for $ 3,835, despite some paper loss on the back of the card,” said auctioneer Wayne Tuiskula. For information, 508-612-6111 or www.centralmassauctions.com.

BOSTON – A collection of documents collected in the late 1930s by merchants Goodspeed’s in Boston and John Heise of Syracuse, NY, crossed the block in Skinner on June 3 and contained a variety of interesting early documents spanning four centuries. A rare and well-preserved George Washington signed Discharge Form for a soldier in the 2nd New York Regiment (pictured) sold for $ 18,750. The 1863 diary of Lincoln Ripley Stone, surgeon for the 54th Massachusetts Volunteer Regiment, fetched $ 11,250. The 54th was one of the first all-black regiments in the Union Army. For more information, please visit 508-970-3293 or www.skinnerinc.com.

ALAMEDA, CALIF. – The top highlights in Michaan’s Summer Sale on June 18 were diverse and ranged from selected Asian materials to modern art. A Qianlong branded Chinese blue and white Yuhuchun porcelain vase on a gilt bronze base (pictured) sold for $ 30,000, and a pair of Yonzheng period iron-red and grisaille Chinese bowls fetched $ 19,200, while a color screen print of Roy Lichtenstein (American 1923-1997), “Red Barn”, 1969, achieved $ 30,000. For more information, please visit 510-740-0220 or www.michaans.com.

About summer life at Eldred

EAST DENNIS, CROWD. – A painting by American contemporary artist Janet Munro, “Nantucket Ferry,” sold for $ 6,250 to an online bidder on June 24 at Eldred’s Summer Living Sale for $ 6,250, estimated at $ 800-1,200, a typical example of the artist’s naive style and the casual, fun atmosphere of “summer life”. “This was a live auction with both online and out-of-office / phone bidding, and we were happy to have lots of bulk for most of the day,” said Cheryl Stewart of the company. For more information, visit 508-385-3116 or www.eldreds.com.

Picasso’s “Le Tricorne” from the closet sells for $ 186,000 at the McInnis auction

AMESBURY, MASS. – â€œLe Tricorne,â€ a mixed media technique on paper by Pablo Picasso (Spanish, 1881-1973), sold for $ 186,000 at John McInnis’ Fine Art and Collections auction on June 26th. The 16 by 16 inch painting, signed and dated 1919, was kept in a cupboard for 50 years, including those left with the consignor at the time the house was handed over to her father and then to her. A maquette for Picasso’s largest work of the same name is on display in the New York Historical Society. Picasso painted the stage curtain for the two-act ballet “Der Dreispitz” (El sombrero de tres picos or Le tricorne). The ballet and the curtain were commissioned by the impresario Sergei Diaghilew for his avant-garde Ballets Russes in Paris, the most influential ballet company of the 20th century. More information at 978-388-0400 or www.mcinnisauctions.com.

STONE RIDGE, NY – Scott Daniels presented an auction on June 26th that featured a selection of key properties, from mid-century furniture and decor from a Berkley, California property to an eclectic collection from a manufacturer. A highlight was “Winter Mountainscape”, an oil on board in shades of blue by Walter E. Baum (1884-1956), which was sold for 1,680 dollars. In a gilded frame and signed by Baum on the canvas, the painting measures 23 x 17 cm. Baum was an American artist and educator who worked in the Bucks and Lehigh Counties of Pennsylvania and was also responsible for founding the Baum School of Art and the Allentown Art Museum. For more information, visit www.scottdanielsauction.com or 845-372-4787.

BEVERLY, CROWD. – Pretty much day 3 at Kaminski auctions as the sales streak closed June 25-27 with remarkable results for several lots. Many Flight, Barr, and Barr Worcester urns, plates, and plates (pictured) fetched $ 35,000 from an Internet provider. Chamberlain’s Worcester porcelain table service was sold to a telephone bidder for $ 12,000, and a sterling silver flatware set with the Walpole family crest was sold for $ 11,250 from an online shopper. The proceeds of all three lots will go to Habitat For Humanity from the estate of the late Jonathan Seiburg of Lynn, Mass. For information, 508-367-4311 or www.kaminskiauctions.com.

There is great interest in Rafal Olbinski

MILFORD, CONN.- â€œThe Turn of the Screw,â€ an oil on canvas by Polish-American artist Rafal Olbinski (born 1943) that sold for $ 26,000 at Shannon’s online art auction on June 24th. The work measured 30 “by 22” and was purchased from the artist by New York collectors. It was used as an illustration for the Cincinnati Opera. Olbinski’s other work on sale, Commitment, was from the same collection, measured 30 “by 20”, and sold for $ 24,700. For more information, please visit www.shannons.com or 203-877-1711.

The hook robot is small but powerful

HARRISBURG, PENN.- A Waco Hook robot, named for the hook on the back of its head, sold for $ 6,600 at Cordier auctions on June 26th. By the 1950s, the hook robot is one of the smallest Japanese friction-powered robots and this example came with its original packaging. It was in good condition, but with some signs of wear on the underside of the base and the box. The present example is in the light blue variant. For more information, visit www.cordierauction.com or 717-731-8662. 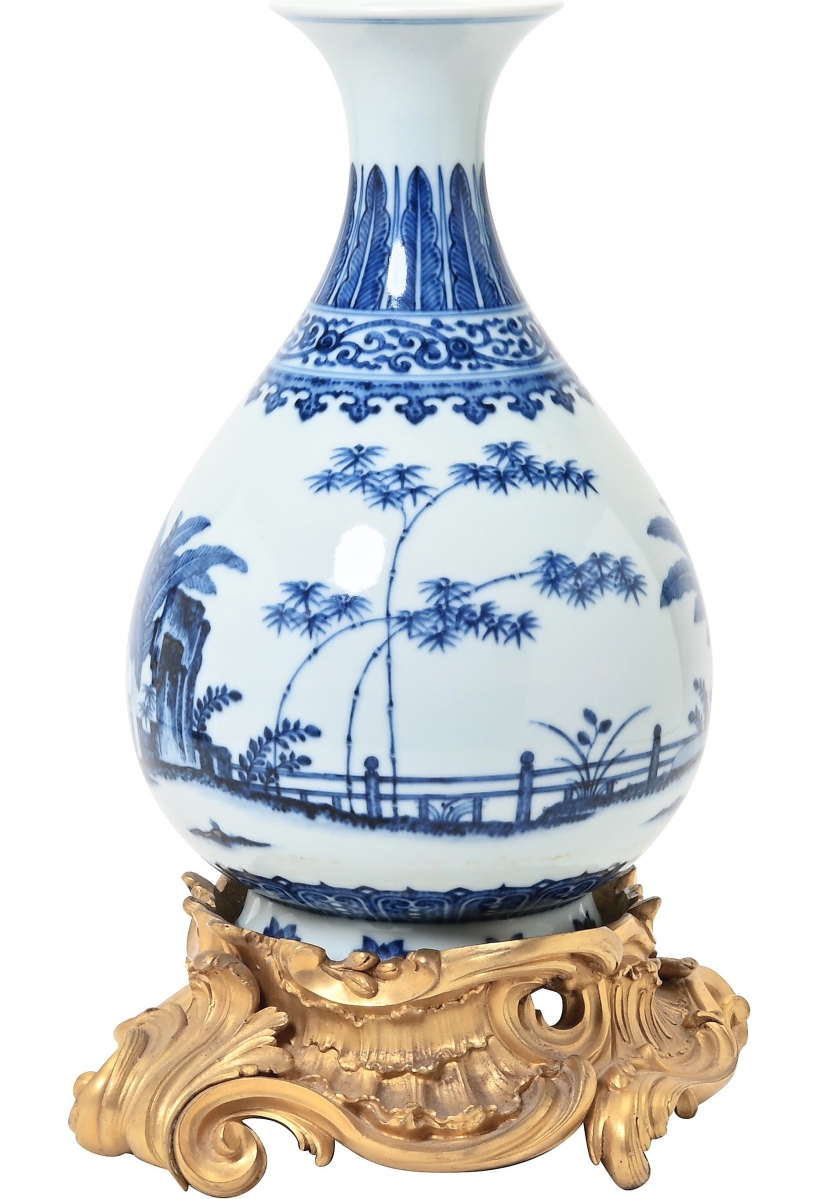 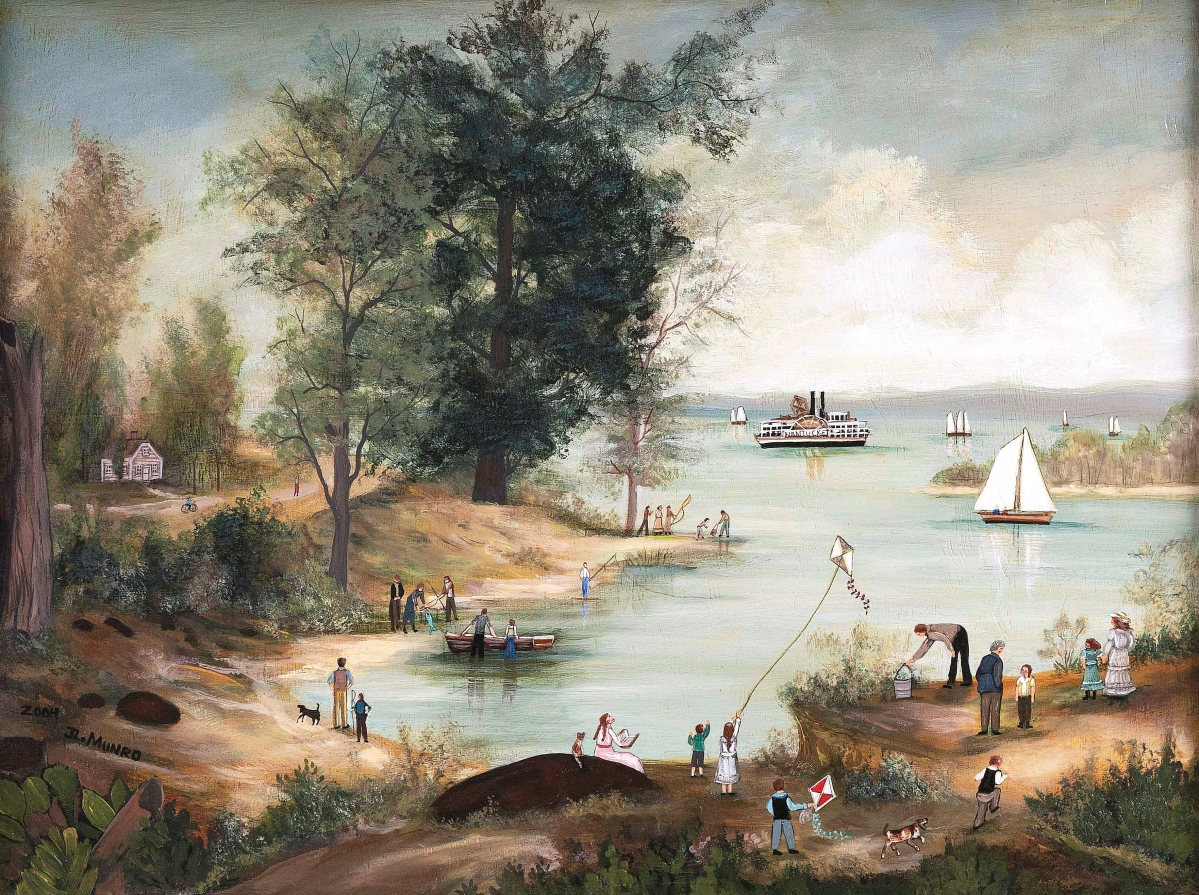