Bartosz Haduch NArchitekTURA reveals its chapel-like design for a season ticket exhibition in Poland with the Lanckoroński Collection. Exhibited on the first floor of the Wawel Royal Castle overlooking Kraków’s historic Old Town, the art room features the works of Renaissance artists such as Paolo Uccello, Bartholomaeus Bruyn the Elder and Barend Graat. It combines contemporary forms, technology and materials with historical references to the layout of Wawel Cathedral, where Renaissance and Baroque chapels were arranged around the nave and ambulatory.

“The new architecture of the exhibition was originally intended to resemble a contemporary, quasi-sacred space that surprisingly blends with an enveloping sequence of rooms. Like the nearby cathedral, this new “chapel” was intended to be contiguous to the already defined interior space and main visiting route, represent an autonomous form and continue the tradition of layering different styles and architectural forms on Wawel.” explains Haduch.

fluid geometries + materials reminiscent of the paintings on display

A vaulted arch defines the character of the exhibition hall, where similar flowing geometries prevail. At the bottom, a curved band of plywood is added as a balustrade, bearing individual captions; it also hides technical devices and spot lighting. The uneven slope of its upper surface creates the illusion of perspective distortion. ‘This can be read as a reference to the work of Uccello, who experimented in much of his work with combining multiple one- and two-pass recordings. he adds.

Haduch by NArchitekTURA also placed small, portable circular mirrors over the descriptions, which served as additional clues to optical illusions in Uccello’s Renaissance works. Specifically, they reflect fragments of paintings and the historic coffered ceiling of the exhibition hall. 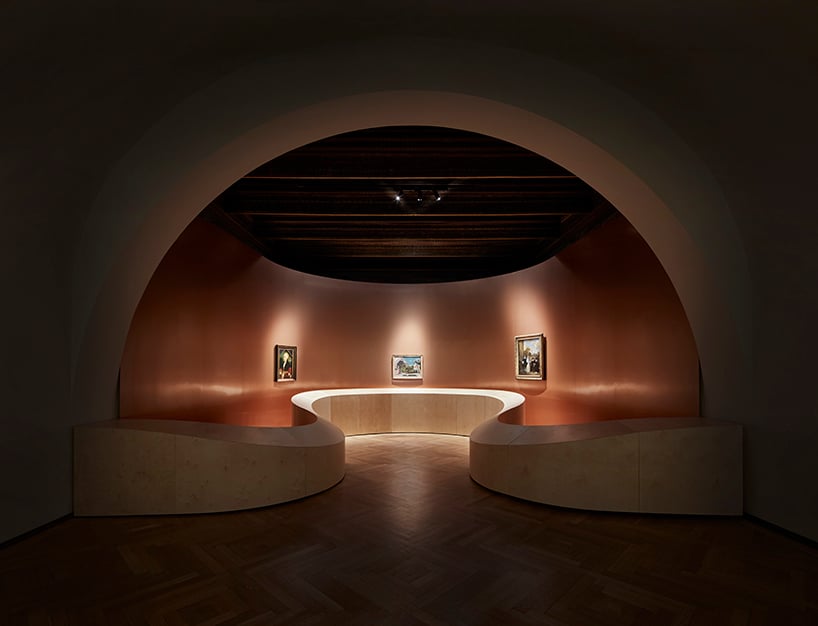 Behind the fluid form of the chapel-shaped plywood is a curved wall clad in copper panels. ‘Here hang the famous paintings that were loaned for the exhibition from the Rijksmuseum in Amsterdam, the National Gallery in London and the Ackland Art Museum in Chapel Hill. the architect states.

The shape of this copper wall was taken from the painting by Bartholomaeus Bruyn the Elder – “Portrait of a Girl”. The recessed shape is also reminiscent of the mysterious interior of the cave depicted in Paolo Uccello’s centrally hung Saint George and the Dragon. The muted colors of the new arrangement are again a nod to Barend Graat’s third work entitled Company in a Garden.

Three religious paintings complement the exhibition from the Lanckoroński collection, which is presented as part of the permanent exhibition in various rooms around the arcaded courtyard of the castle. 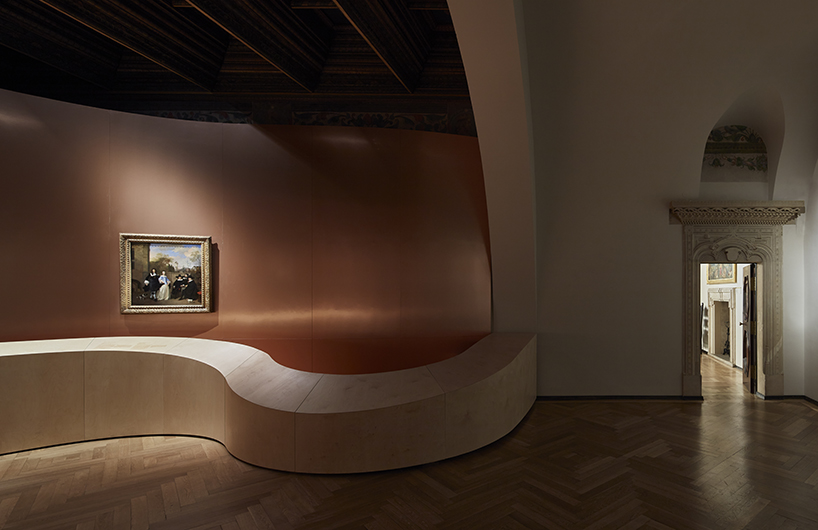 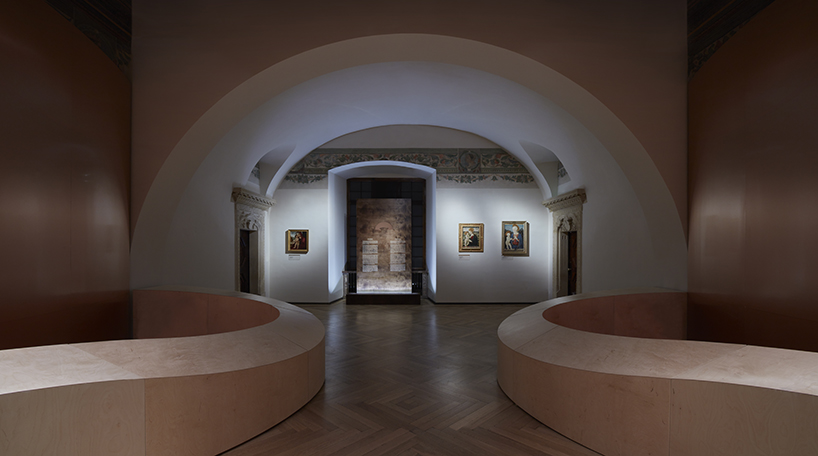 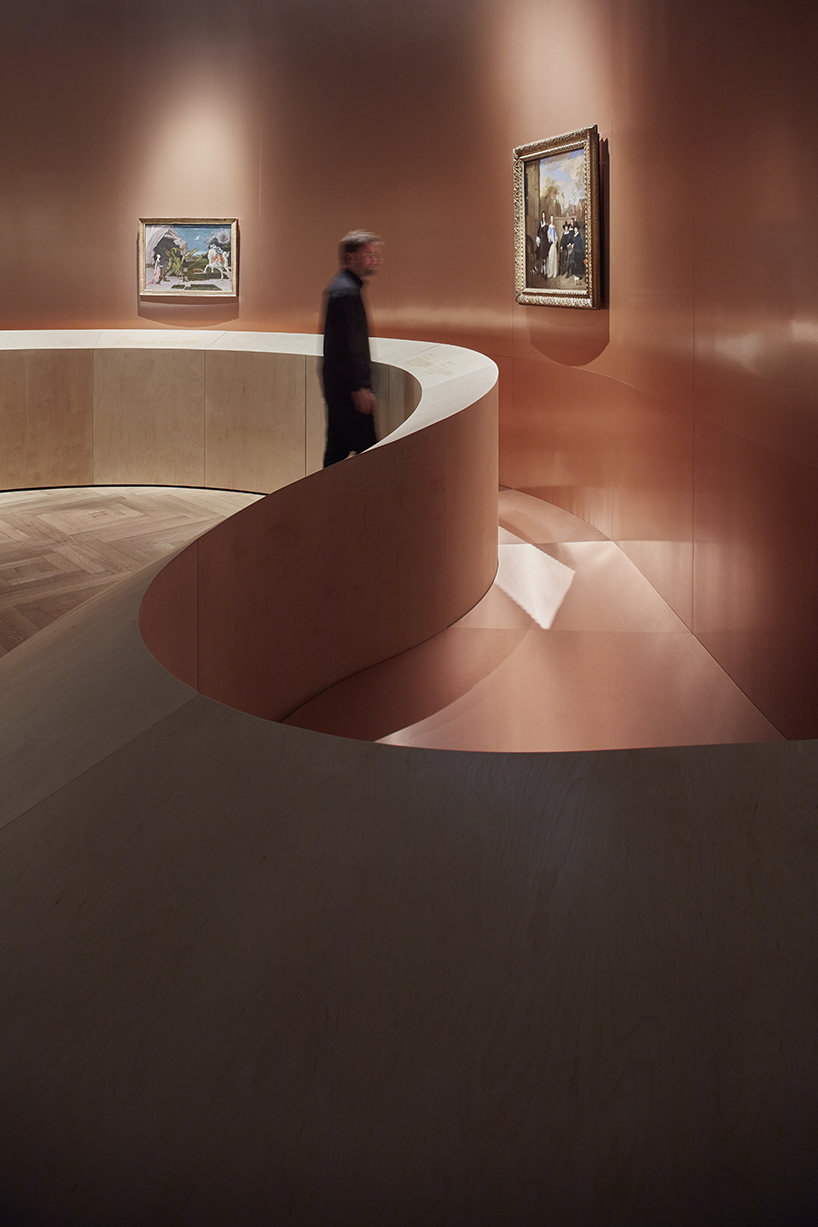 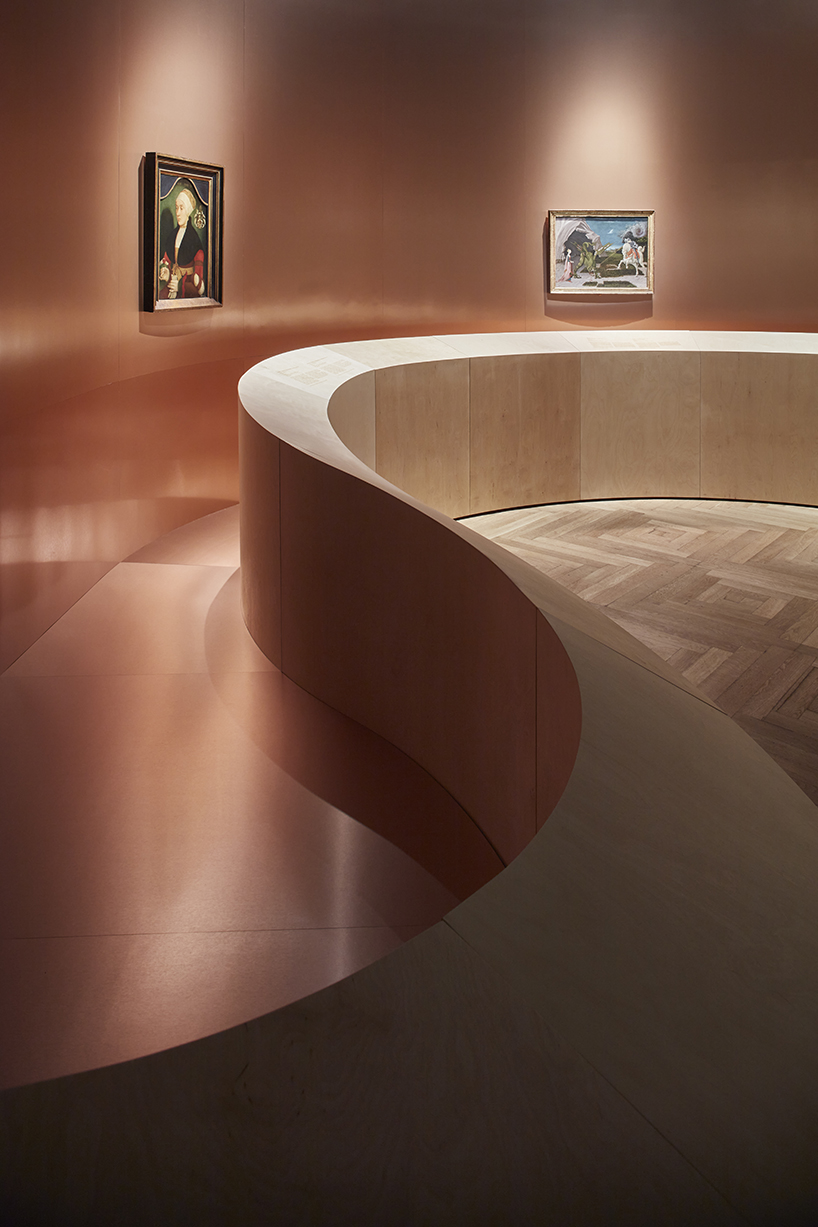 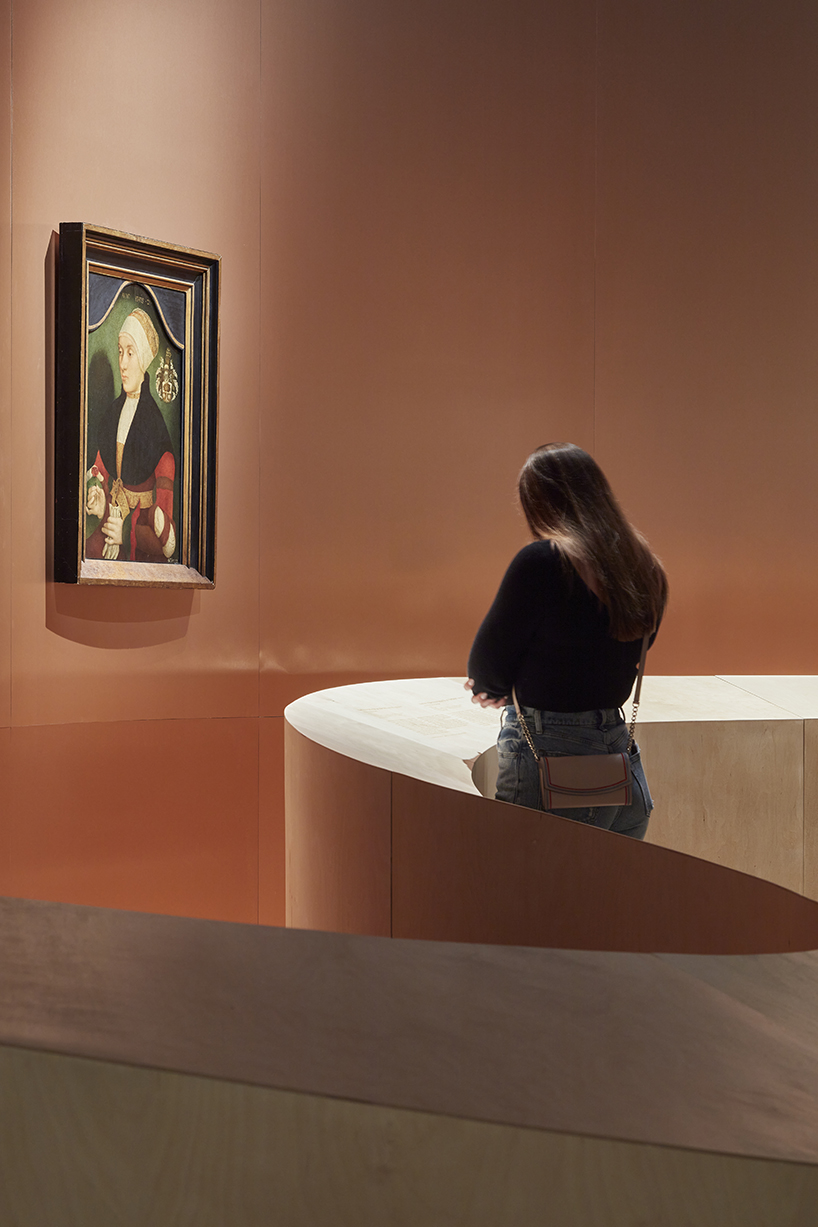 Flowing forms encourage the viewer to approach the individual pictures

designboom received this project from ours DIY submissions Feature where we invite our readers to submit their own work for publication. Check out more project submissions from our readers here.