With free programming and a changing exhibition gallery, the new Community Arts is the center of the art museum on the West Side.

Stefanie Taub has never been a West Sider. As the director of the Community of Arts at the Cleveland Art Museum, she worked at an off-site facility on Cleveland’s Flats East Bank when not at the museum’s headquarters in University Circle.

That is no longer the case.

On June 14th, Taub began working in their new offices in the museum’s new Community Arts Center in the Clark-Fulton neighborhood – a concrete example of the museum’s mission to expand its reach in the West Side. “This building not only meets our physical needs, but is also located in this great neighborhood,” says Taub. “It’s the whole package.”

The new center doesn’t waste time getting involved in its new neighborhood as it already offers a variety of free art programs, ranging from art workshops to extra-curricular experiences, with more programs planned in the future. “We have always hoped to have more presence on the West Side, so it is an honor to be in an area with such an established appreciation for the arts,” says Taub. 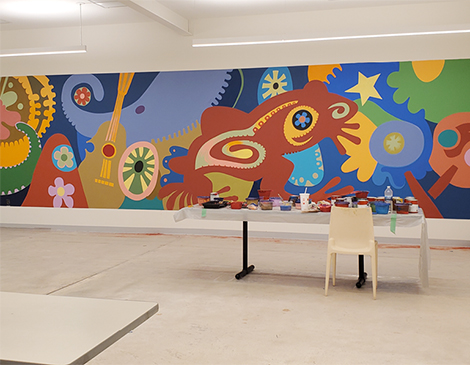 Building these programs is made easier thanks in part to the location of the Community Arts Center, as they rent a space in the Pivot Center for Arts, Dance and Expressions, which also houses the Inlet Dance Theater and LatinUS Theater, among others. â€œWe’re also thinking about how we can work together with our neighbors here,â€ says Taub. “Hopefully the center will be a place where people can come and hang out and do some art while also visiting our exhibitions.”

The opening of the Community Arts Center coincides with the launch of Parade the City, a public art exhibition that replaces the Cleveland Art Museum’s annual Parade the Circle event. Rather than restricting public exhibits to the University Circle area, the museum exhibits exhibits in eight locations across the city, such as Karamu House, the LGBT Center of Greater Cleveland, and the Cleveland Public Library. 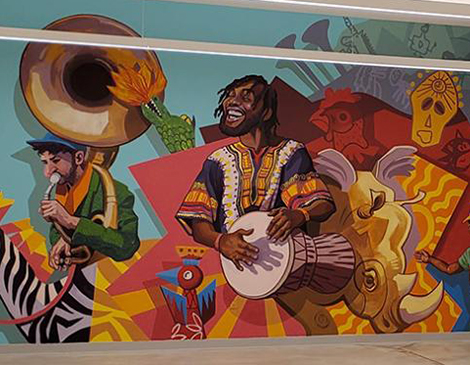 “This year marks the 30th anniversary of Parade the Circle, so we decided to expand our reach this year until we couldn’t make it last year,” says Taub. â€œWe worked with some organizations and artists we knew to create these celebratory art exhibitions.â€ As more parts of the city reopen, Taub is excited to see the Community Arts Center’s footprint grow. “We try to listen to businesses and community members so we can try to put together a list of programs that really fit the neighborhood and the area,” says Taub.