Campbell County Republican Commissioner Brian Painter has been sued for allegedly illegally campaigning for the May primary.

The Complaint in Campbell Circuit Court was filed May 27 by David Fischer of Fort Thomas, Vice Chairman of the Campbell County Republican Party. Fischer lost the May 17 election to Brian Painter by 106 votes, a difference of about 1.2 percent of the votes cast.

Fisher asks the court to void the election and declare him the winner.

In a response filed Thursday, Painter, through his attorney Jim Morgan, denied the allegations and moved to dismiss the lawsuit. Morgan was not immediately available for comment.

The 16-page lawsuit alleges that Painter, the longest-serving Republican Campbell County commissioner for the current Treasury Court, who has been on the panel since 2010, illegally campaigned for himself and others on the election committee at least six separate times during training sessions for poll workers.

The lawsuit finds that state election law requires all poll workers to be trained by the district clerk and district attorney, and that candidates are prohibited from moving within 100 feet of a polling station or from campaigning or campaign materials in during voting to vote at a polling station.

While the early mail-in ballot was occurring on May 2, 3, and 4, the lawsuit alleges, Painter spoke to him, gave campaign literature, and solicited votes from Republican poll workers at polling stations for himself and others. 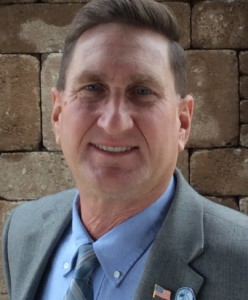 It was said that the election workers had voted after their election training.

Fischer’s attorney, Steven Megerle, said in a news release that members of the Campbell County Republican Party Election Integrity Committee filed an informal complaint with county clerk and election committee chairman Jim Luersen, who acknowledged the incidents but claimed it was one “long tradition”. allow any candidate to speak to likely campaign workers.

In addition to Painter, the lawsuit names as defendants the Painter for Commissioner Committee, unidentified volunteers for Painter’s campaign identified as John and Jane Does, Luersen, and members of the Campbell County Board of Elections.

Campaigning and campaigning within a polling station is a Class A misdemeanor, punishable by up to one year in prison, and a civil remedy that involves the annulment of a nomination.

Fisher’s attorney Megerle, a member of the Campbell County Republican Committee, said Friday he had not heard from the prosecutor’s office and a court hearing has not yet been scheduled.

He said the Campbell Circuit Court district judges had withdrawn from the case and that Charles R. Hickman, the chief justice of the Kentucky Circuit Court, would appoint a special judge.